Those Damn Crows and That Damn Beer 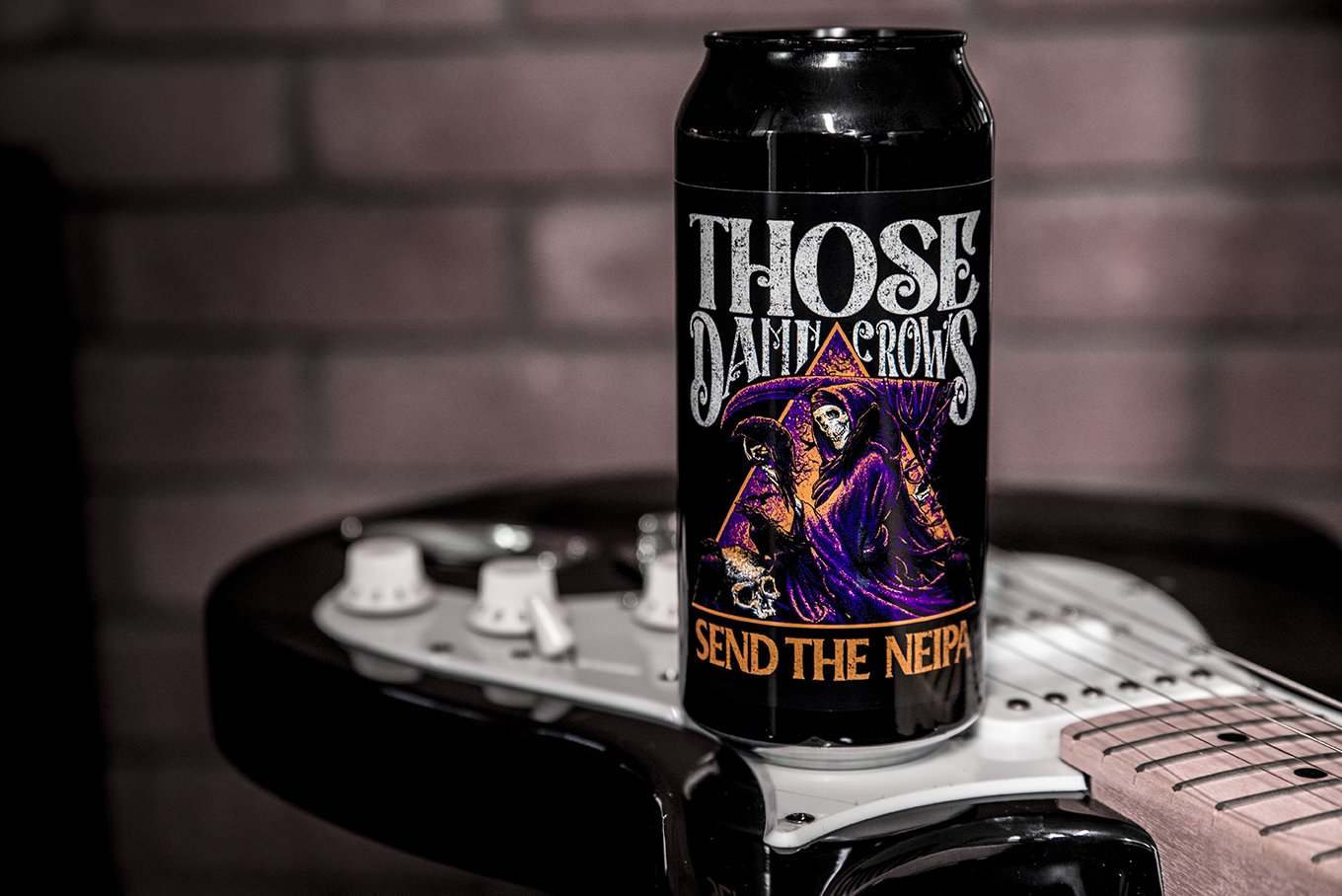 Months in planning and shrouded in secrecy, it’s time to let the cat out of the bag. We have got together with Bridgend rock band ‘Those Damn Crows’

About the beer
A collaboration between ‘Those Damn Crows’ rock band and Dog’s Window Brewery. A juicy East Coast style IPA with notes of tangerine, stonefruit and coconut.
Using Kveik yeast, fermented super warm to bring out the fruity esters.

About the band
Hailing from the deepest, darkest valleys of South Wales – Bridgend quintet ‘Those Damn Crows’ have spent the last few years making waves and turning heads across the UK touring circuit, sharing stages with compatriots Skindred and Funeral For A Friend, as well as Rock behemoths Monster Magnet, Stone Broken and more.

Following show-stopping performances at Download Festival, Ramblin’ Man Fest, Steelhouse, Hard Rock Hell, Giants Of Rock and Planet Rockstock, the band topped the bill at the Planet Rock Winter’s End Festival, which led to the band being invited to return to Download Festival in 2021 – this time with the honour of performing on the Main Stage.

Away from the festival circuit, the band cemented their place in 2020 as bona fide headliners themselves, with their album tour being upgraded at every stop, leading to a fully sold-out UK Tour in support of their second album ‘Point Of No Return’, in gatecrashing the Official UK Album Charts at Number 14. 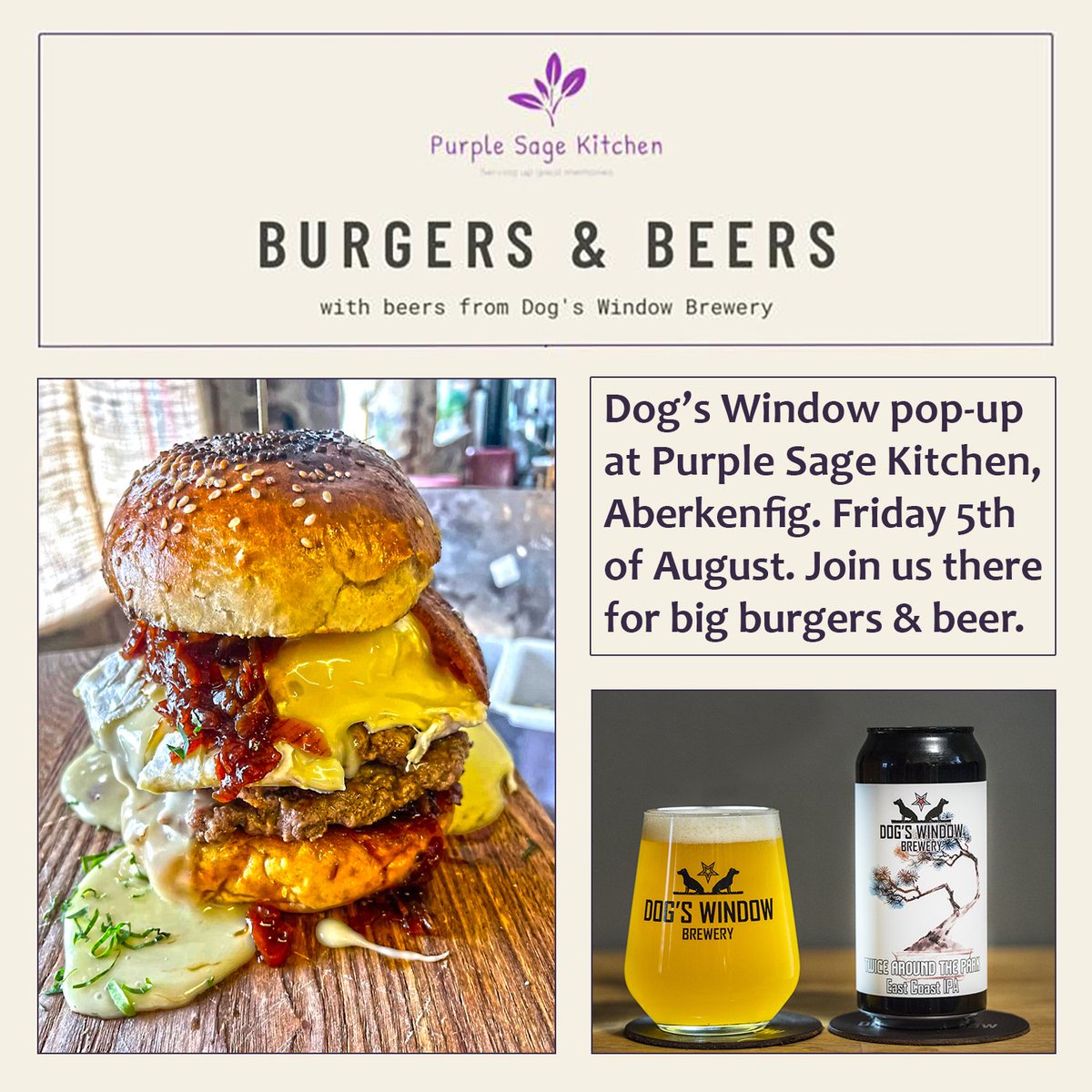 Dog's Window ·
@dogswindow
Check this out, Dog's Window Brewery at 1:53
Huge thanks to @BelperBeerClub for reping the brand. https://t.co/GYkrkjJaV4
View on Twitter 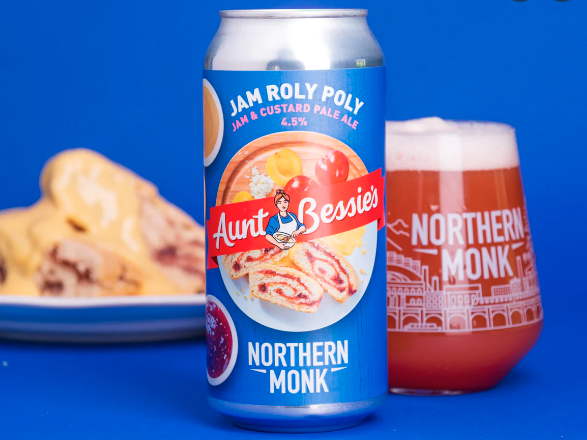 Dog's Window ·
@dogswindow
A classic returns!
The first beer we ever released for sale was a 7% Orange Saison with coriander.
Well it's back!..... Kind of.
We have rebuilt the recipe from the ground up with the knowledge we have gained over the last 4 years.
#craftbeer #beer #WALES https://t.co/AKt1LvhazE
View on Twitter 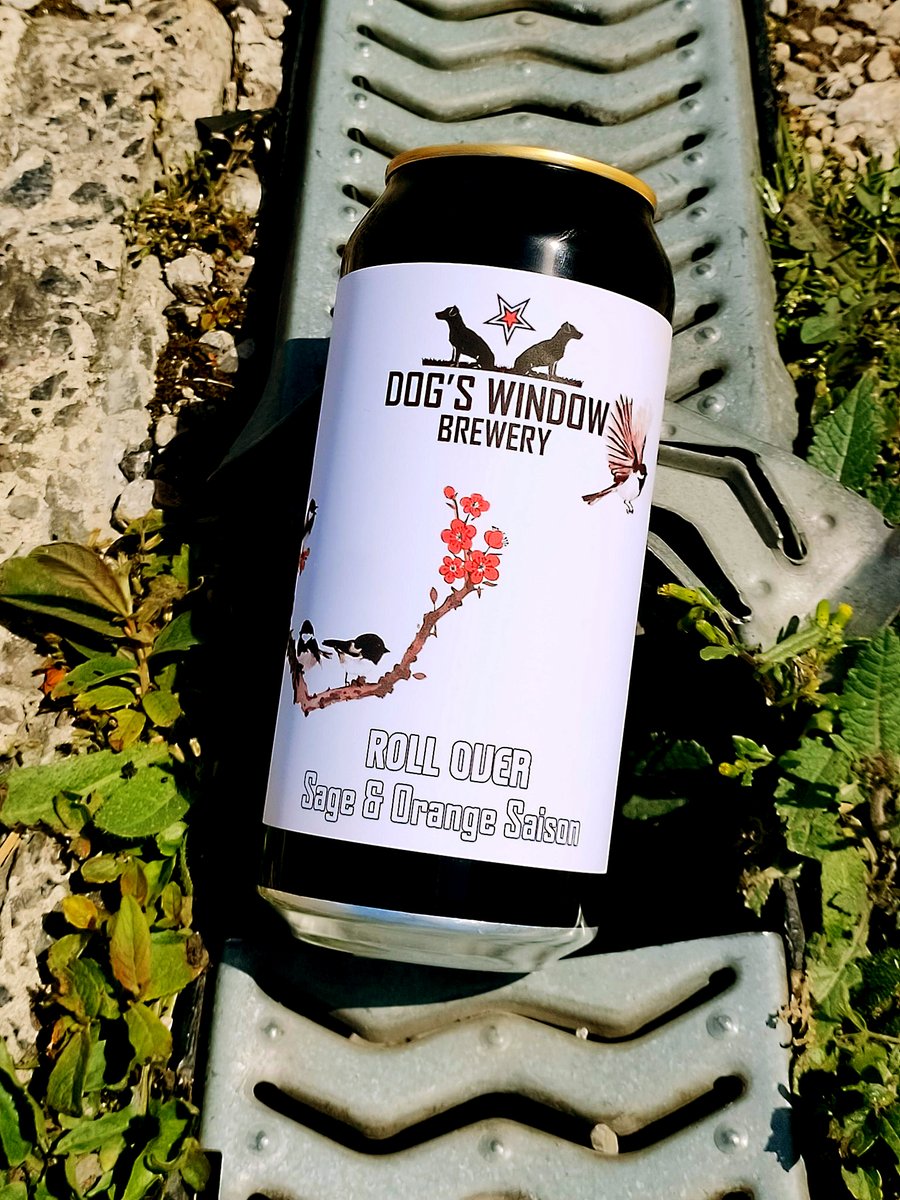 Dog's Window ·
@dogswindow
If you haven't had this before you are in for a treat. First produced in July 2020 for a limited run. A citrus lead Summery beer, with upfront notes of grapefruit that lead into tropical fruit 🍑🥭🍍
Now available on out webshop https://t.co/BsbG2JI0xI https://t.co/y4agCPDnD5
View on Twitter 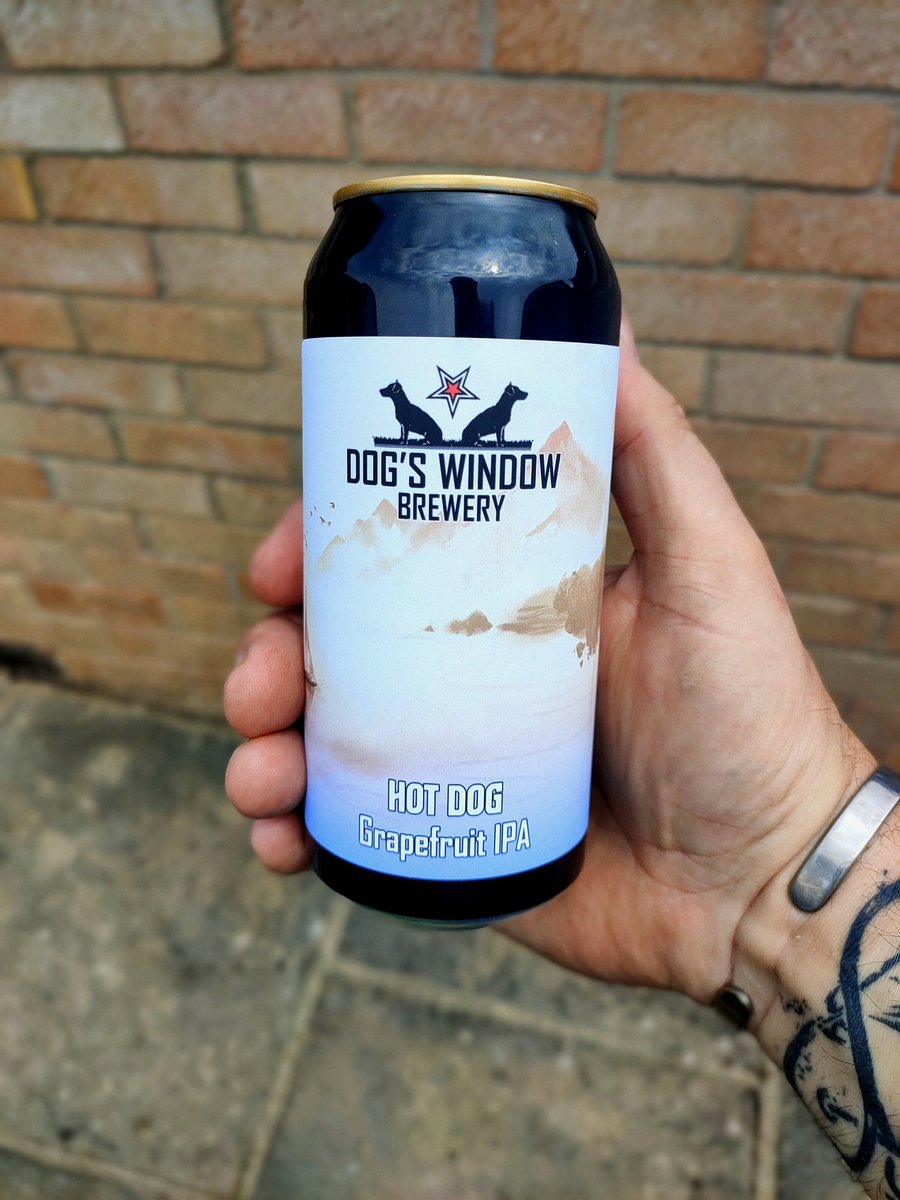 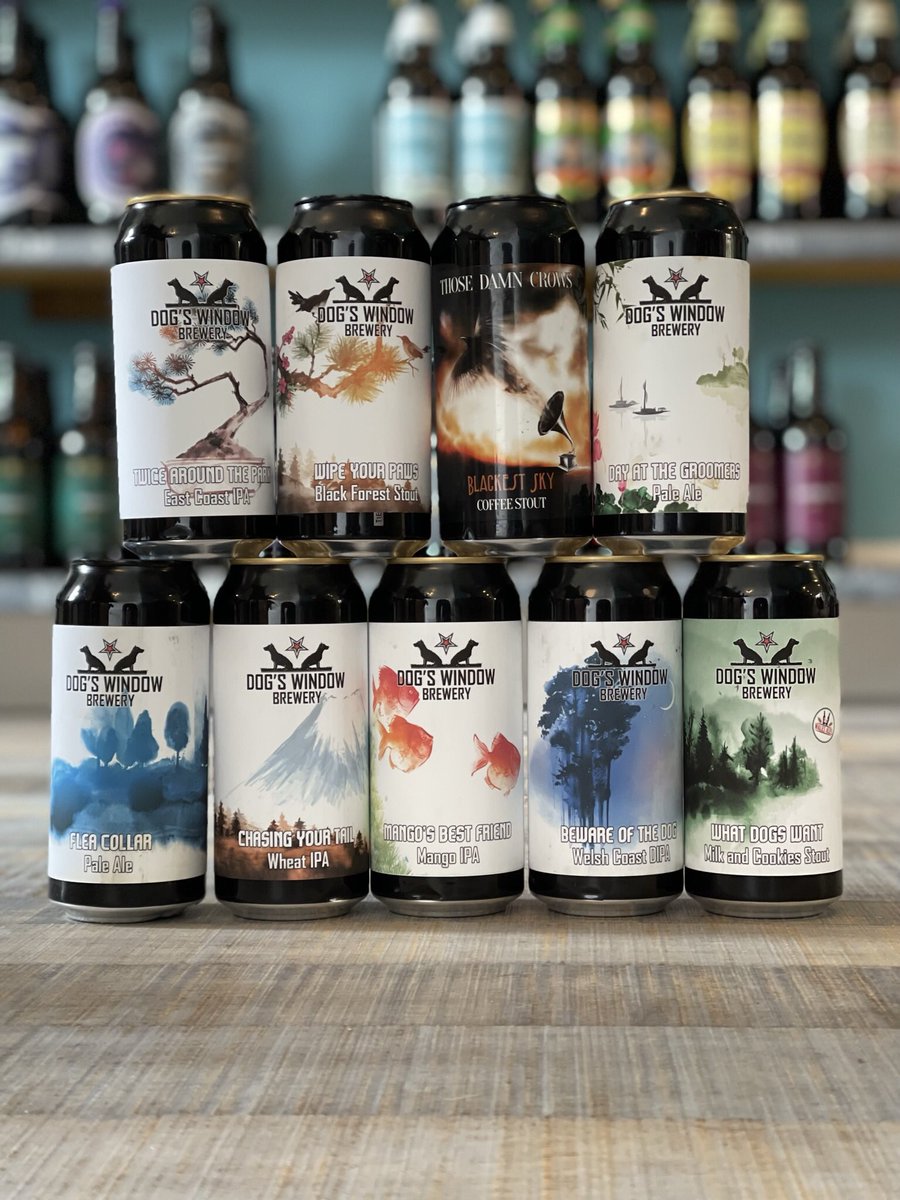 Lost Robot@Lost_Robot_
As visitors to the shop will know we are huge supporters of customers’ faithful canine companions! There are now some 86 dogs on our Dogs of Lost Robot door. When @dogswindow emailed through their list of beers to us to was quite obvious that we would be adding as many……. https://t.co/wI89Hq2t3b
0
0

Dog's Window ·
@dogswindow
Here's something for you all out there who prefer your beers without "stuff". First released as a limited edition for Xmas 2021 is now part of our dark beer lineup. Smooth as silk oatmeal stout, with a balanced roast bitterness and noticeable chocolate notes. https://t.co/mciunw86GO
View on Twitter 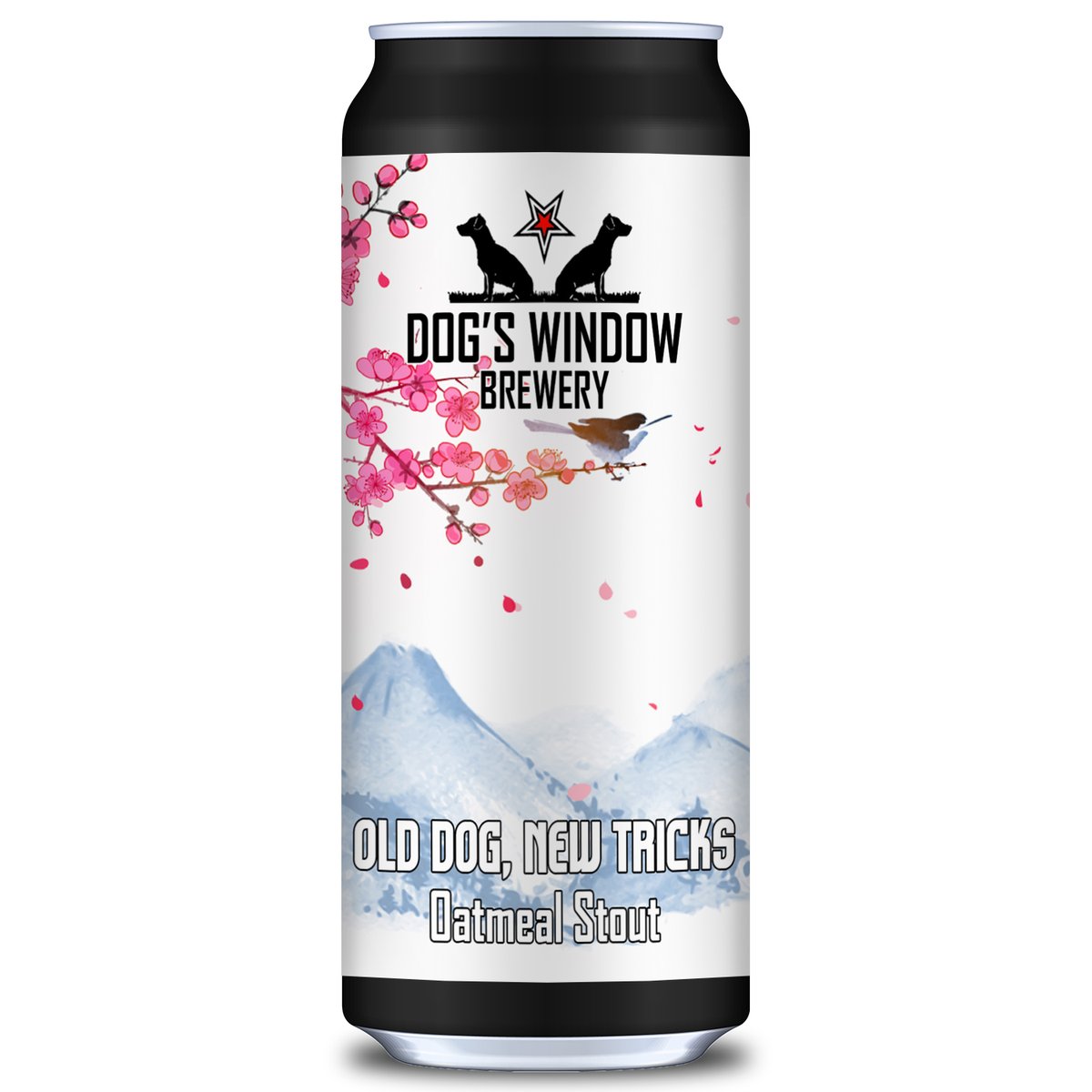 We use cookies on our website to give you the most relevant experience by remembering your preferences and repeat visits. By clicking “Accept All”, you consent to the use of ALL the cookies. However, you may visit "Cookie Settings" to provide a controlled consent.
Cookie SettingsAccept All
Manage consent

This website uses cookies to improve your experience while you navigate through the website. Out of these, the cookies that are categorized as necessary are stored on your browser as they are essential for the working of basic functionalities of the website. We also use third-party cookies that help us analyze and understand how you use this website. These cookies will be stored in your browser only with your consent. You also have the option to opt-out of these cookies. But opting out of some of these cookies may affect your browsing experience.
Necessary Always Enabled
Necessary cookies are absolutely essential for the website to function properly. These cookies ensure basic functionalities and security features of the website, anonymously.
Functional
Functional cookies help to perform certain functionalities like sharing the content of the website on social media platforms, collect feedbacks, and other third-party features.
Performance
Performance cookies are used to understand and analyze the key performance indexes of the website which helps in delivering a better user experience for the visitors.
Analytics
Analytical cookies are used to understand how visitors interact with the website. These cookies help provide information on metrics the number of visitors, bounce rate, traffic source, etc.
Advertisement
Advertisement cookies are used to provide visitors with relevant ads and marketing campaigns. These cookies track visitors across websites and collect information to provide customized ads.
Others
Other uncategorized cookies are those that are being analyzed and have not been classified into a category as yet.
SAVE & ACCEPT
0
NEWS & DISCOUNTS
Subscribe to receive discounts and news, plus 10% off your first order. Don't miss out!
SUBSCRIBE
I agree with the terms and conditions
We will not share your email with any other company, unsubscribe anytime.